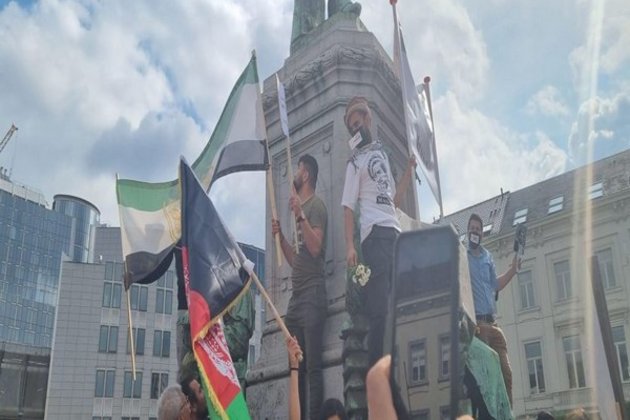 Brussels [Belgium], September 13 (ANI): Afghan diaspora living in Belgium held a protest at Luxembourg Square against the Taliban's hostile takeover of Afghanistan and its formation of a non-inclusive government.

Afghan diaspora also protested against Pakistan for encouraging terrorism in Afghanistan by supporting the Taliban.

The protest took place in front of the European Parliament (EP) on Sunday. The protestors were seeing waving Afghanistan flags and raising slogans against the Taliban and Pakistan.

The protest was attended by about 60-70 members of the Afghan diaspora.

The list announced by chief spokesman Zabihullah Mujahid was dominated by members of the group's old guard, with no women included.

Taliban entered Kabul on August 15 after an aggressive and rapid advance against government forces amid the withdrawal of US and NATO troops from the country. (ANI)

SEOUL, South Korea: North Korea successfully tested a new long-range cruise missile, which is thought by analysts to potentially be ...