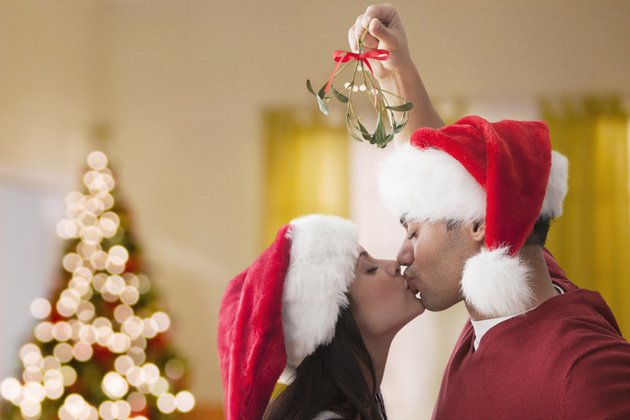 A British cabinet minister has suggested people should avoid 'snogging under the mistletoe? this Christmas, as the government and the NHS battle to keep Covid-19 under control in the run-up to the festive period.

The festive season promises work parties, prandial jocundity, and maybe even a kiss under the mistletoe - but because of Covid-19, the British government is suggesting the latter be avoided. Speaking to ITV's 'Peston' program on Wednesday night, Work and Pensions Secretary Therese Coffey advised Britons not to kiss people they don't know.

Coffey told former BBC journalist Robert Peston that "we should all be trying to enjoy the Christmas ahead of us," and added: "For what it's worth, I don't think there should be much snogging under the mistletoe."

The minister went on to say that the government and the NHS were working hard to get as many vaccines out as possible, asserting that this was the best way to ensure Christmas could be celebrated as normal.

"You don't need to do things like that. But I think we should all be trying to enjoy the Christmas ahead of us, and that's why we're working so hard to get the deployment of as many vaccines as possible," she added.

In defending her remarks, she later tweeted calling on people not to take them out of context. She noted that the government, through the booster campaign, would ensure "we can all enjoy a proper Christmas knees up."

Prof. Anthony Harnden, the deputy chair of the Joint Committee on Vaccination and Immunisation, broadly supported the minister's comments. Speaking to Sky News, he suggested social distancing and mask wearing could help keep case numbers down.

Britain has experienced high levels of Covid-19 infection since restrictions were eased in the summer, although hospitalizations remain lower than other European nations. Some 18.6 million booster shots have been administered, and the campaign will soon be widened to all adults.