Lights go out at diplomatic meetings with Blinken & Lavrov 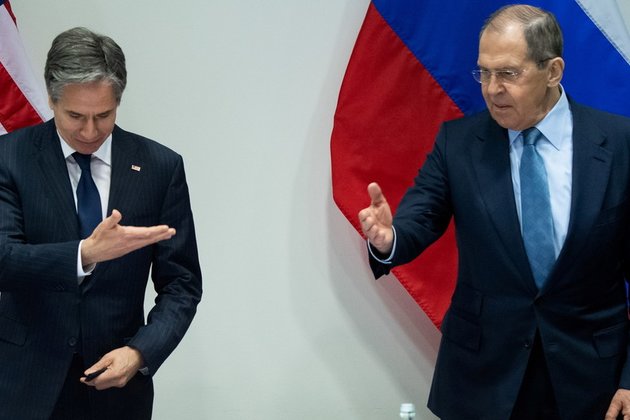 A meeting between US and Ukrainian diplomats was thrown into darkness as the US secretary of state began to speak. A similar incident took place later as Russian and Organization for Security and Cooperation in Europe reps spoke.

A meeting room hosting American and Ukrainian diplomats was suddenly plunged into darkness on Wednesday as US Secretary of State Antony Blinken began his remarks to his Ukrainian counterpart Dmitry Kuleba.

Blinken was in the midst of reassuring Kuleba of Washington's "unwavering commitment" to Ukrainian sovereignty when the lights went out. Their meeting was set to take place on the sidelines of the OSCE conference in Stockholm.

A similar blackout seized the room later that day as Russian Foreign Minister Sergey Lavrov spoke with OSCE Secretary General Helga Schmid and other officials. Lavrov suggested the problem was caused by an official brushing up against the light switch with their rear end.

Blinken is reportedly expected to pile on further threats of sanctions against Russia on Wednesday, should Moscow not cease troop maneuvers along the country's own border with Ukraine. While Kiev has complained of Russia's recent military maneuvers, claiming some 90,000 soldiers are conducting exercises near the border the two states share, Moscow has argued that it has the right to deploy troops however it wishes inside its own country.