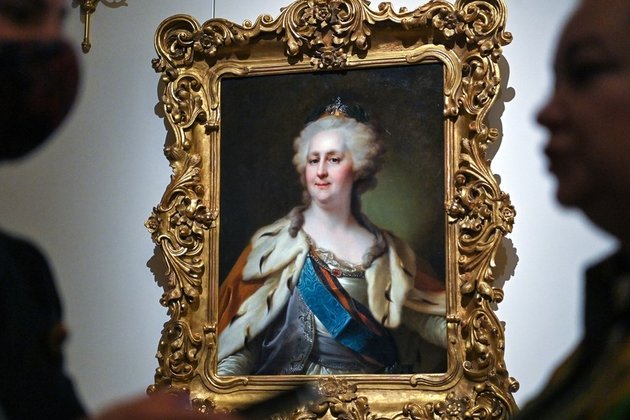 A picture of Russian Empress Catherine II, painted by Dmitry Levitzky, has sold at auction in London for €951,000 ($1.26 million), alongside a letter written to Count Pyotr Rumyantsev about the need to vaccinate against smallpox.

The letter, dated April 20, 1787, is thought to be the first known document about a vaccination campaign in Russia. Before its sale, on Wednesday, the painting and the letter were in a private collection, and the name of the new owner has not been released.

In the message, Catherine II calls on Rumyantsev, a senior general in the Russian Army, to arrange mass vaccination to avoid "great harm, especially in ordinary people," and dubbed inoculation an "important institution."

Catherine II is known to have been vaccinated in 1768, 21 years before the letter, at the height of the epidemic in Russia and Europe. At the time, science adopted the method of variolation, which included taking biomaterial from someone who had the illness, hoping that a mild infection would result. This method, which significantly lowered the mortality rate, is no longer in use today.

The letter was sold by London-based auction house MacDougall's, which had the letter and autographs verified.

Catherine II, commonly known as Catherine the Great, was Russia's longest-ruling female and is celebrated for revitalizing and modernizing the country, turning it into one of Europe's great powers.